Your Name in Lights: Ensemble Round "Supercalifragilisticexpialidocious" /?su?p?r?kæl??fræd???l?st?k??kspi?æl??do???s/ (About this soundlisten) is a song and single from the 1964 Disney musical film Mary Poppins. The song was written by the Sherman Brothers, and sung by Julie Andrews and Dick Van Dyke. It also appears in the 2004 stage show version. Because Mary Poppins was a period piece set in 1910, songs that sounded similar to songs of the period were wanted. The movie version finished at #36 in AFI's 100 Years...100 Songs survey of top tunes in American cinema.

Story context
The song occurs in the chalk-drawing outing animated sequence, just after Mary Poppins wins a horse race. Flush with her victory, she is immediately surrounded by reporters who pepper her with leading questions and comment that she probably is at a loss for words. Mary disagrees, suggesting that at least one word is appropriate for the situation, and begins the song.

Word meaning and origin
The word is a compound word, and said by Richard Lederer in his book Crazy English to be made up of these words: super- "above", cali- "beauty", fragilistic- "delicate", expiali- "to atone", and -docious "educable", with all of these parts combined meaning "Atoning for educability through delicate beauty."

The Oxford English Dictionary first records the word (with a spelling of "supercaliflawjalisticexpialadoshus") in a column by Helen Herman in the Syracuse University Daily Orange, dated March 10, 1931. In the column, Herman states that the word "implies all that is grand, great, glorious, splendid, superb, wonderful".

The word was popularised in the 1964 film Mary Poppins, in which it is used as the title of a song and defined as "something to say when you have nothing to say".

The Sherman Brothers, who wrote the Mary Poppins song, have given several conflicting explanations for the word's origin, in one instance claiming to have coined it themselves, based on their memories of having created double-talk words as children. In another instance, they wrote:

When we were little boys in the mid-1930s, we went to a summer camp in the Adirondack Mountains, where we were introduced to a very long word that had been passed down in many variations through many generations of kids. … The word as we first heard it was super-cadja-flawjalistic-espealedojus.

The Oxford English Dictionary defines the word as "a nonsense word, originally used esp. by children, and typically expressing excited approbation: fantastic, fabulous", while Dictionary.com says it is "used as a nonsense word by children to express approval or to represent the longest word in English."

Legal action
In 1965, the song was the subject of an unsuccessful lawsuit by songwriters Gloria Parker and Barney Young against Wonderland Music, Disney's music publishing subsidiary, and publisher of the song from the film. The plaintiffs alleged that it was a copyright infringement of a 1949 song of their own called "Supercalafajalistickespeealadojus". Also known as "The Super Song", "Supercalafajalistickespeealadojus" was recorded by Alan Holmes and His New Tones for Columbia Records, with vocal by Hal Marquess and the Holmes Men, and music and lyrics by Patricia Smith (a Gloria Parker pen name) and Don Fenton. Another recording of "Supercalafajalistickespeealadojus", performed by The Arabian Knights and published by Gloro Records, was released in 1951. The Disney publishers won the lawsuit in part because they produced affidavits showing that "variants of the word were known ... many years prior to 1949".

Backwards version
During the song, Poppins says, "You know, you can say it backwards, which is 'dociousaliexpilistic-fragilcalirupus', but that's going a bit too far, don't you think?"

Her claim was not about spelling it backwards, but saying it backwards; if one breaks the word into several sections or prosodic feet ("super-cali-fragi-listic-expi-ali-docious") and recites them in reverse sequence, and also modifies "super" to "rupes", it comes close to what Poppins said in the film. However, when the word is spelled backwards it actually becomes "suoicodilaipxecitsiligarfilacrepus", which is different.

In the stage musical, the word's actual spelling reversal is used, while rapper Ghostface Killah said "docious-ali-expi-listic-fragi-cali-super", which is the full prosody version, in his song "Buck 50" released on his album Supreme Clientele. 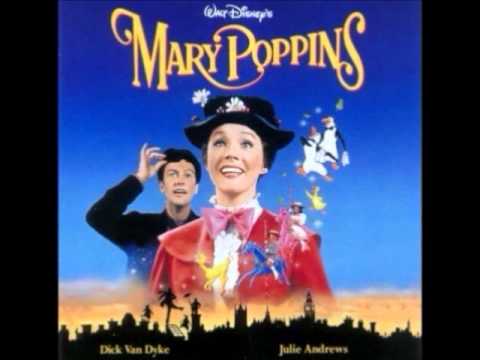