June 2nd I see Orthopedic Dr. will discuss amputation, both legs have infections will C both legs ((PLEASE IF YOU LISTEN I HOPE YOU WILL COMMENT AS WELL...THANK YOU))

((THANK YOU XBILLMANX FOR THIS UPLOAD))

((PLEASE COME AND VISIT OUR THREAD)) 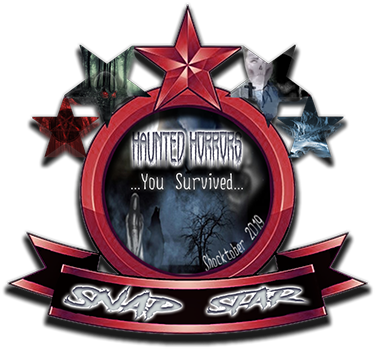 An evil demon is trying to silence SingSnap by stealing voices one song at a time. It is our goal to scale to the deepest depths and make sure that does not happen. We have trekked through the woods, battled evil spirits and witnessed a demon rise from the flames. The final piece of the puzzle is upon us and will require more courage than ever before. It is time to make our way into The Cemetery of Fear!

Each week you are participating to collect a token for a magical potion that will defeat the evil demon. The fourth ingredient token you are after is the Heart of a Child!

Rockin Challenge Part A: You must sing any ROCK BALLAD on October 25th . If you already know what song you would like to sing and would like it featured, you can request it here!

Rockin Challenge Part B: The fourth ingredient of the magical potion that will defeat the evil demon is the Heart Of A Child. If you're on cam, you can dress up like a child and sing your Rock Ballad

I went to bed and woke up in my Dream as a CHILD. I'm so scared I called out and can't wake up. I Screamed "Can You Hear me"? I belong to the Sandman now, and must remain this CHILD Forever. PLEASE HELP ME, PLEASE DON'T FALL ASLEEP OR YOU WILL BELONG TO THE SANDMAN AS A CHILD.

"Enter Sandman" is a song by the American heavy metal band Metallica. It was released as the first single from their eponymous fifth album, Metallica in 1991. The music was written by Kirk Hammett, James Hetfield and Lars Ulrich. Vocalist and rhythm guitarist Hetfield wrote the lyrics, which deal with the concept of a child's nightmares.

The single achieved platinum certification for more than 1,000,000 copies shipped in the United States, spurring sales of over 22 million copies for Metallica and propelling Metallica to worldwide popularity. Acclaimed by critics, the song is featured in all of Metallica's live albums and DVDs released after 1991 and has been played live at award ceremonies and benefit concerts.

Metallica is an American heavy metal band from Los Angeles, California. The band's fast tempos, instrumentals, and aggressive musicianship placed them as one of the founding "big four" of thrash metal alongside Slayer, Megadeth, and Anthrax. Metallica formed in 1981 when James Hetfield responded to an advertisement that drummer Lars Ulrich had posted in a local newspaper. Since 2003, the line-up features rhythm guitarist and vocalist Hetfield, drummer Ulrich, lead guitarist Kirk Hammett and bassist Robert Trujillo. Previous members of the band are lead guitarist Dave Mustaine (who went on to found Megadeth), and bassists Ron McGovney, Cliff Burton and Jason Newsted. The band also had a long collaboration with producer Bob Rock, who produced all of its albums from 1990 to 2003 and served as a temporary bassist between the departure of Newsted and the hiring of Trujillo.

Metallica has released nine studio albums, four live albums, five extended plays, 25 music videos, and 37 singles. The band has won nine Grammy Awards, and has had five consecutive albums debut at number one on the Billboard 200, making Metallica the first band to do so. The band's eponymous 1991 album has sold over 16 million copies in the United States, making it the best-selling album of the SoundScan era. Metallica ranks as one of the most commercially successful bands of all time, having sold over 110 million records worldwide. Metallica has also been listed and ranked as one of the greatest bands of all time by many magazines, including Rolling Stone, which ranked them 61st on its list of The 100 Greatest Artists of All Time. As of December 2012, Metallica is the fourth best-selling music artist since the SoundScan era began tracking sales on May 25, 1991, selling a total of 53,642,000 albums in the United States alone.