When The Roll Is Called Up Yonder (xl) by jaybeacham

"When the Roll is Called Up Yonder"
written (Words & Music) by James M. Black, 1893.
Black, a Meth­od­ist Sun­day school teach­er in Wil­liams­port, Penn­syl­van­ia, was call­ing roll one day for a youth meet­ing. Young Bes­sie, daugh­ter of a drunk­ard, did not show up, and he was dis­ap­point­ed at her fail­ure to ap­pear. Black made a com­ment to the ef­fect, “Well, I trust when the roll is called up yon­der, she’ll be there.” He tried to re­spond with an ap­prop­ri­ate song, but could not find one in his song book:

This lack of a fit­ting song caused me both sor­row and dis­ap­point­ment. An in­ner voice seemed to say, “Why don’t you write one?” I put away the thought. As I opened the gate on my way home, the same thought came again so strong­ly that tears filled my eyes. I en­tered the house and sat down at the pi­a­no. The words came to me ef­fort­less­ly…The tune came the same way—I dared not change a sin­gle note or word.

This song was sung in the Aca­de­my award win­ning mo­vie Ser­geant York (1941).
Sergeant York was himself a minister who when drafted into WWI went on to become a celebrated war hero.

This song plays a prominent role in my family history.
My mother's mother, Fanny Crawford, grew up in the rugged hills of Southwestern Utah when the roads were so bad that no one went there unless they absolutely had to. She lived on the family farm that produced cattle, peaches and sorgum from sugar cane to trade in northern Utah towns for cloth and other necessities unavailable locally. If you visit Zion National Park's Visitor's Center on Oak Creek, you'll be in the middle of Fanny's family's farmstead.
At the end of April 1892, her mother's 12th child, a baby girl, was born. A charge and favorite of Fanny's but the baby died in August the next year. Fanny was very sad over this.
But just three months later a baby boy, named Joseph, was born to the family.

He was healthy and happy and grew. By the time he was 4 1/2 years old, Fanny had learned to play the organ. She was 12 and a young women by then.

Then Joseph got ill and it lingered.
While he was sick, nearly every day he would ask Fanny to play the organ for him.
He'd want her to sing one of his favorite songs: "When the roll is called up yonder I'll be there."
"Whenever I sang it, he would sit up and sing with me, when he was able to," Fanny said. "But some times he was to sick, so would just lie and listen. This shows that even a 4 year old can think of heaven and understand the gospel plan."

Although Fanny prayed for him, he died, but she said she "was comforted and made to feel that all was well."
(This story is taken from Jay Beacham Tells Stories an audio cd-2014)

LOVE YOUR TESTIMONY! AWESOME SING...THANK YOU FOR SHARING IT WITH US!! 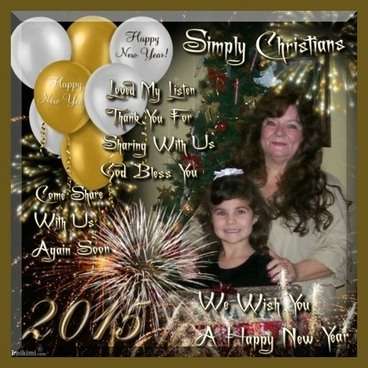 oh yes you did the song very good i love it