Here are the Alan Jackson songs from our online karaoke song library that are available to sing and record. Free songs are flagged with a blue label in the search results below. 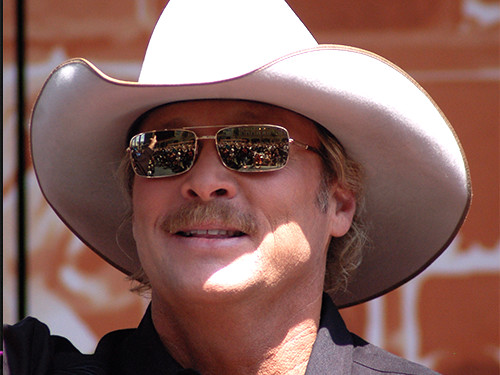 This country superstar was born Alan Eugene Jackson in Newnan, GA, USA on October 17, 1958. Famous for blending honky tonk sounds with mainstream country, Jackson is one of the best selling country artists of all time.

His famous "Where Were You When the World Stopped Turning" wasn't intended to be a recording. He had sung it live for a 9/11 event and the requests for the song actually crashed his website. Radio stations were playing the live version, so Jackson went ahead an recorded it.

Jackson and his high school sweetheart, Denise have been married since 1979. They have 3 daughters.