Here are the The Carpenters songs from our online karaoke song library that are available to sing and record. Free songs are flagged with a blue label in the search results below. 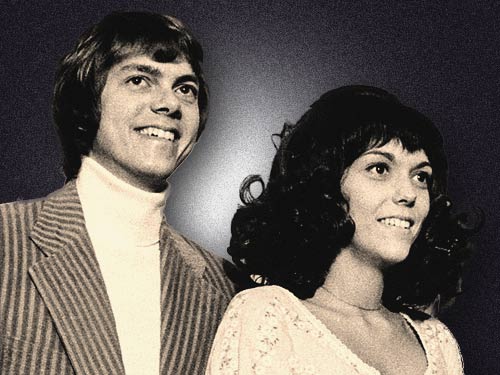 Siblings, Karen and Richard Carpenter made up this pop duo until the untimely death of Karen in 1983 from complications of Anorexia. While the world refers to them as "The" Carpenters, their official name is just Carpenters.

Originally, Karen played drums for their early trio, but when a record producer discovered her singing talents, she was moved to the mic. Their initial album sold poorly, but the subsequent album with the single "(They Long to Be) Close to You" secured their spot for years to come as one of the world's best selling artists of all time.