Here are the Bryan Adams songs from our online karaoke song library that are available to sing and record. Free songs are flagged with a blue label in the search results below. 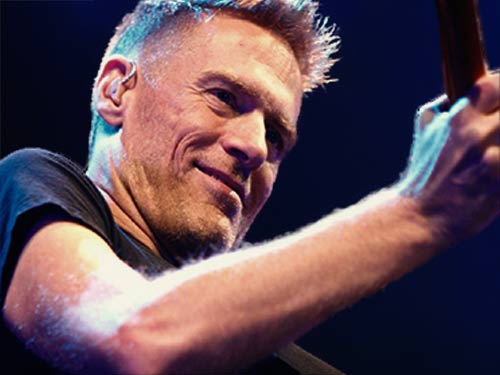 This husky-voiced, Canadian rocker is one of the world's best selling artists of all time. His first two albums were highly successful in his native Canada, but it was his third album, "Cuts Like A Knife" that catapulted Adams to international fame. Since then, he has had hit after hit with songs like "(Everything I Do) I Do It For You" and "Run To You".

His talent is not limited to singing. Bryan Adams is a prolific song writer and has written or co-written songs for Roger Daltrey, KISS, Michael Buble, Bonnie Tyler, Joe Cocker, Bonnie Raitt as well as for motion pictures.

Adams has used his fame to raise awareness for many causes and actively participates in benefit concerts around the world. Most of the funding for "The Bryan Adams Foundation" which advances educational opportunities for youth around the world, is predominantly funded by Adams himself.