Here are the Adele songs from our online karaoke song library that are available to sing and record. Free songs are flagged with a blue label in the search results below. 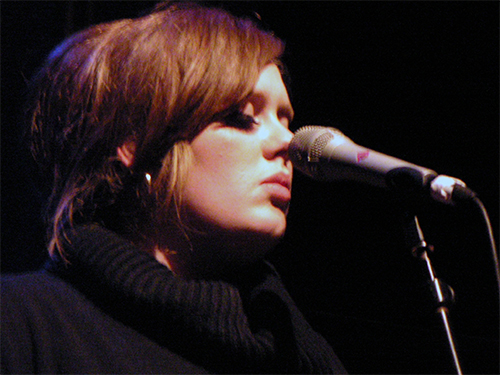 Adele is an English singer/songwriter who stole the hearts of her fellow countrymen in early 2008 with her debut album, '19'. She was propelled to worldwide fame following her appearance on the American television show, Saturday Night Live, later that year.

She has created a style all her own, with no one genre able to claim her as theirs. Her songs of heartbreak and resurrection from same, coupled with her bluesy, jazzy, powerful yet vulnerable voice have launched her into the stratosphere of performers, male and female alike.