Here are the Nat King Cole songs from our online karaoke song library that are available to sing and record. Free songs are flagged with a blue label in the search results below. 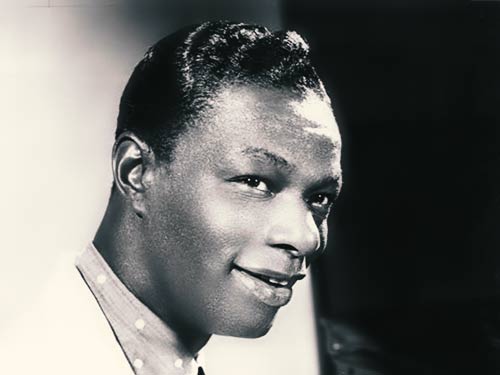 Nat King Cole started out as a jazz pianist, but his smooth, baritone voice is what brought him fame. With songs like "Unforgettable" and "Mona Lisa", Cole was able to break the color barrier by being the first black entertainer to host his own variety show on television.

He was not immune to racism, however, particularly in the South where he often could not stay at hotels where he was entertaining due to their "Whites Only" policies. Cole and his band were even attacked on stage by white supremacists.

A life long, heavy smoker, Cole claimed his smoking is what gave him his rich sound and would often chain smoke several cigarettes just before a performance. However, this carried a heavy price as he succumbed to lung cancer in 1965.