Here are the Fleetwood Mac songs from our online karaoke song library that are available to sing and record. Free songs are flagged with a blue label in the search results below. 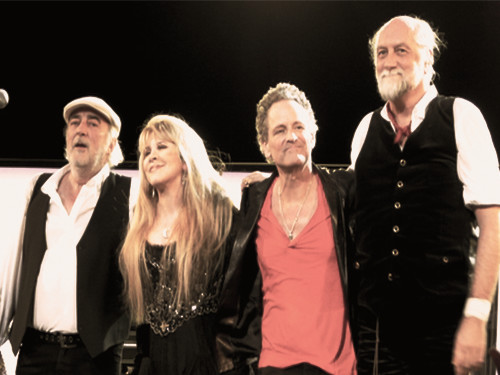 Image InformationWeatherman90 at en.wikipedia [CC BY 3.0 (http://creativecommons.org/licenses/by/3.0)], from Wikimedia Commons

Both British and American musicians make up this timeless band. Formed in London in 1967, the "real"* Fleetwood Mac has seen no less than 16 musicians as members at one time or another. Of course, the most iconic grouping of Mick Fleetwood, John McVie, Lindsey Buckingham, Christine McVie and Stevie Nicks are the quintessential "Fleetwood Mac".

The band has tentatively reunited for one last album and tour. They will be hard pressed to top such classics as "Rhiannon", "Dreams", "Over My Head", "Gypsy", "Landslide", and so many more!

*In 1974, the "fake" Fleetwood Mac tour began with completely different musicians. After much legal wrangling, the "real" Fleetwood Mac was able to retain the rights to their name and continue on.