Here are the Patsy Cline songs from our online karaoke song library that are available to sing and record. Free songs are flagged with a blue label in the search results below. 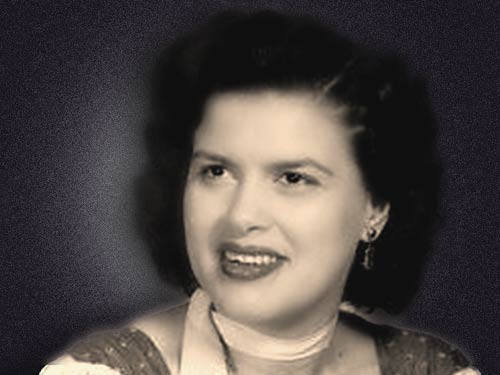 Often imitated, never duplicated; Patsy Cline's short, but prodigious career ensures her place as a music legend. Her rich tone along with that iconic catch in her voice, propelled her to icon status.

Patsy was no shrinking violet. She would often hang out with the guys, belting back a beer or two and telling dirty jokes. She was so respected by her male contemporaries that she was often given top billing ahead of them.

Tragically, Patsy was killed in a plane crash following a benefit concert she had been a part of for the family of a DJ that was killed in a car crash shortly before. Her music, however has far withstood the test of time, and is likely to live on forever.