Here are the Alabama songs from our online karaoke song library that are available to sing and record. Free songs are flagged with a blue label in the search results below. 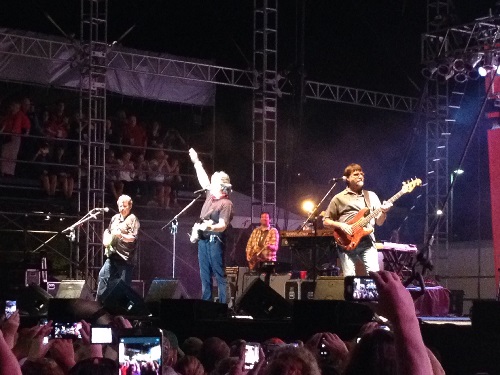 Alabama disbanded in 2006 after a farewell tour, but reunited in 2011 and continues to record and tour today. Amassing over 30 number one records and selling over 75 million records they are one of the worlds best selling bands of all time. With over 200 awards from various organizations they are also one of country music's most awarded bands.