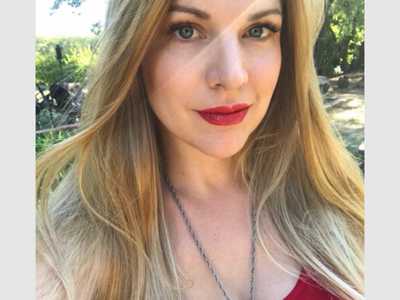 Whimsical is 39 years old, is located in Canada and has been a SingSnap member since January 10, 2009. She has a total of 162 public recordings that have been viewed 13,102 times and 142 achievement points.

JAN-09: I would not usually be one to join a karaoke site, although I do karaoke when I have the chance. I grew up in a musical family where I was taught that in joyous times and troubled times singing can be shared by all. In short my life has changed drastically. Just 2 months after we were married, my husband was diagnosed with brain cancer. Glioma Gr 4, which is the worst most malignant type of brain cancer. My heart, mind & soul have been through surgery, radiation, chemotherapy, being a caregiver & my in-laws moving in with us for 3 mths. I have been left feeling as though I am in a glass box screaming. So the way I see it it, I might as well belt out song in that glass box instead.

AUG-09: Well that glass box is evermore close to shattering. My Scott has been getting an MRI every 2 months b/c we were warned the cancer would come come back. At the start of Aug/09 we were informed that it has come back & worse this time. It is now rapidly progressing into his occipital lobe, corpus callosum & frontal lobe. Inoperable this time. Every song I sing is for Scott, the other pea in my pod. I meant every vow of "in sickness & in health" & I will do my best to gather the strength to get us both through what lies ahead.

NOV-09: Scott has been on a very promising clinical trial & his last MRI showed a dramatic decrease in the size of the brain tumors. Doc's say it's remarkable! I know I'm married to a miracle. Now we look forward to the possibility of starting a family, as we were smart cookies and banked sperm before the chemo & radiation! (Sigh, yes in reality there are certain people that actually have to deal with this stuff) It's been an exhausting rollercoaser, one which I regret meeting the height requirements for, LoL.

Jan-10: Athough we were hoping, praying, begging for good news for the new year that did not happen.. Scott's Dec 27/09 MRI showed progression & he was pulled from the clinical trial.

He now has cancer in all 4 lobes of his brain on the right side. We have one last resort hard-core chemo drug left. Only other option was one that would cost us $4000.00 a month out of our own pocket. So as you see the Canadian gov't/healthcare isn't all what it's cracked up to be. My 30 yr old husband who was once strong, athletic, and energetic is losing mobility & is becoming paralyzed on his left side. If this drug doesn't work they told us he may have 2-3 months left to live. If it does work, may prolong survival for 1 year. I wouldn't wish this kind of PAIN upon even the worst criminal in the world.

Mar/10: Scott is now in a hospice home and completely immobilized & bedridden. It is now just a matter of time... his family & I remain by his side & I recite the serenity prayer daily numerous times.

But I would like to thank anyone out there who holds even the tiniest li'l prayer in your hearts for us! We know we are in Gods precious hands.

My beloved husband Scott passed away Wed, April 21/10 at 10:30pm. I got a chance to tell him goodbye and all he needed to hear to go in peace. He was surrounded by family & friends as he made his journey to heaven. I am so proud of him, he donated his eyes & the following Tue gave a person the gift of eyesight. There is no better man to give someone the ability to see the beauty in the world.