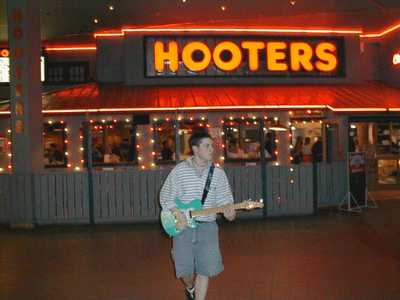 WDjinn's real name is Derek Graham. Derek is located in Canada and has been a SingSnap member since April 30, 2007. He has a total of 56 public recordings that have been viewed 2,791 times and 35 achievement points.

I started playing instruments really early in life but never really understood where and when it could lead elsewhere. After leaving Brandon Manitoba at age 18, I moved to calgary to try to start my "adult life'. 4 years later I left the "LUCRATIVE" field i was in to start a band in ThunderBay, Ont. "Dangerous Goods" was the name. This band led me back out west to edmonton where i started "Smilin Jo Blob." After several years of touring and a mild accident that clipped a tendon caused me to go into haitus for a few years stripping the ability to play music.