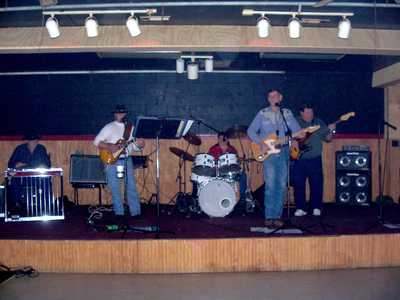 WallyBreeze's real name is Walter Breland. Walter is 71 years old, is located in South Carolina / USA and has been a SingSnap member since July 4, 2008. He has a total of 112 public recordings that have been viewed 1,702 times and 184 achievement points.

I am a musician and have played in several bands through the years. I detested Karoke when it first came about because it was a threat to most bands. Many clubs opted to have Karoke instead of live bands. Everyone wants to learn to sing and most didn't mind listening to a beginner, while waiting for his or her turn to get to sing. As a result it became very popular and drew as many crowd members as a live band could draw. Clubs were opting for Karoke over live bands because it was a lot cheaper to hire a karoke sponsor rather than a live group. For this reason many bands fell apart due to a lack of gigs available. Over time though things have been progressively changing because people also like to dance. Many clubs nowa days are sponsoring Karoke on Friday nights and then live bands on Saturday nights and are beginning to realize they can have the best of both worlds. Sponsoring Karoke on a friday night brings out the karoke crowd and many Karoke singers will return on Saturday night for the live band, giving them the best of both worlds, therefore the live band crowd is beginning to make its turnaround.
I joined singsnap a few years back and used it as a learning tool for songs I wanted to do with a band. It provided me with the lyrics, the music, and a way to concentrate on just the singing part of a song. I would learn the song using singsnap, then work out the chords and music after the fact.
I also feel that singsnap provides the best of the best studio versions of any song I've listened to. Not all Karoke sites are created equal, believe me. I have sat in to sing Karoke on many ocasions in clubs and found out the hard way, that not all songs are created in the same way. I have sang many songs where the vocals had been stripped from the music and likely from an original CD. This in itself is illegal, but yet many have done it to cut cost. I have yet to see a vocal stripper that can remove all the vocals without ruining the music tracks or dulling the music tracks destroying the musics quality. I have never found this to be the case with Singsnap.
Singsnap songs are recorded in a studio using multitrack recording machines. When the song is put onto a two track sterio conversion all the music is mixed down leaving out the lead vocal tracks. In short Singsnap is the best of the best in musical quality and even offers the harmony vocals in spots where harmony is called for. It is more than worth the $120.00 anual fee required to become a gold member. I would certainly recomment Singsnap to anyone who wishes to learn to sing. I have also found that the lyric chaser for singsnap is far more superior than most karoke sites offer as well. As a seasoned musician though, I would recommend that anyone who sings, steer away from eye balling the chaser once they begin to get a feel for the song. The chaser is never verbatum and is only intended as a guide. Phrasing the lyrics in a song is what brings out the emotions and feelings that singers are able to inject into the music to make it sound smooth and poetic. Once you have developed a feeling for the song, it is far better to only use the lyrics as a prop and focus on the bass and the beat of the song to smooth out the lines. I hope my input is of some use to my fellow singsnap friends and I wish you all happy singsnap days ahead.