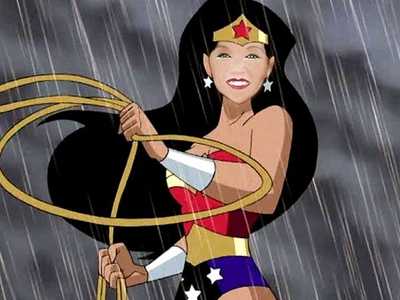 voxElady is 47 years old, is located in USA and has been a SingSnap member since August 4, 2010. She has a total of 368 public recordings that have been viewed 10,756 times and 191 achievement points.

First and foremost, a HUGE thank you and everlasting gratitude for the gold membership granted by my benefactor, hsingimonkey, without which I would be limited to the sporadic occasional access I could only muster from time to time. It has already been a tremendous help, as I can tell my vocal strength has improved in the dreaded middle voice area that always terrifies me so much.

Well, the X-factor USA is not being renewed for a fourth season. so I won't be able to get any farther than last years effort which saw me through the producers rounds and stopped short of making the stage in front of Cowell et al. I guess I am okay with that, since I really did give one of the best auditions of my life and left there feeling good about it. Song choice was probably a huge issue, from what I gather in the discussion boards after the fact with some of the folks who had made that far. If anything, I am still kicking my own ass for screwing up my season 2 effort, but even that might have been a blessing since that would have put me in a position of having to contain my personal mild contempt for Britney Spears, so maybe it was a good thing.

But I am perhaps not giving up on the idea of performing yet, even at this late stage of my life. Idol may be out, but I am still eligible for the VOICE and America's Got Talent if that is still a thing... I don't care, really what the vehicle is, I just felt I really did have a genuine opportunity to take X-factor all the way to the end, especially if I could impress Simon in any way. I still think he's pretty good at producing and putting talent together, so I was hoping he might see some potential that he could exploit in me. =) Breaking into show biz at a middle age as a woman is going to be tougher than tough, but it is still something I feel like I was meant to do, even in a peripheral non-star status way.

I can completely relate to the recent documentary film "Twenty Feet From Stardom" which followed the immensely talented but little recognized back up supporting singers who toured with the big names like Rolling Stones, Sting, and others. (One of them also was on THE VOICE last season but I can't remember her name.) I even remember thinking once how great it would be to be a back up singer for Elton John as I love the types of harmonies and rhythms they get to sing. If I had my 'druthers I could replace Jo Lawry and spend my days delighting in being eclipsed by Sting. (Even my ma thinks I'm better than HER.) It is a bucket-list dream to spend a living room jam session doing vocal improvs with him and Bobby McFerrin. I think with the different and each eclectic in their own right styles that each of us would bring to the plate, we could really explore some fascinating rhythm and harmony. It would be an interesting and unique experiment in the convergence of so many influences. Gotta have a dream, after all.

And seeing the recent Paul Simon and Sting On Stage Together tour (at both the Forum from the nosebleed seats and AGAIN the next night at the Honda Center from the 13th row - much better) has only made that desire more insistent. I want to be like them, doing what they do. I may have to figure out how to write music myself to make it happen, which if I get frustrated enough might end up being the inspiration that makes it possible. I gotta figure out something ....

At least I DID finally quit smoking, even if the season 4 Xfactor isn't going to benefit from the reclaiming of my head voice, I do have that to thank for the impetus to muscle through the cold turkey frustration and the focus to stick with it with that goal in mind. And maybe that thing with my friend's band will work into something - the bass player has one of Sting's guitars!

SO that is where I am at... Trying to explore possibilities. Still seeking the perfect song to showcase my voice, and find my own in. Inspired by the rendition of "Bridge Over Troubled Water" delivered by Sting at the concert. Someday I hope to meet him again, and not make such an ass out of myself as i did the first time that happened... Do you think people can get a twice in a lifetime shot at a once in a lifetime meeting with their personal hero? I hope so...

The pressure is off in terms of auditioning for X, but I am not done yet. I might have to look into the audiobooks and maybe see if my voice can help me find a career in other ways besides that.