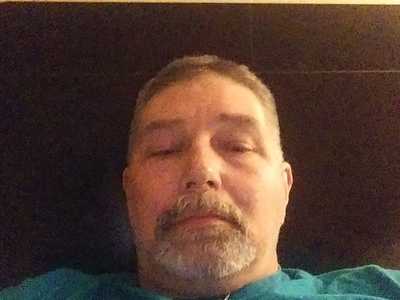 turbolag's real name is Jeff Tesar. Jeff is 52 years old, is located in Ohio / USA and has been a SingSnap member since September 29, 2012. He has a total of 738 public recordings that have been viewed 17,758 times and 295 achievement points.

i live in CLEVELAND OHIO HOME OF THE ROCK N ROLL HALL OF FAME I DO have a mixer. That I updated to a Yamaha Mg10xu and I updated my microphone to a pro headphone I DO [PLAY DRUMS AND SING WITH A GROUP IN CLEVELAND CALLED EDDIE AND THE EDSELS THEY ARE A 50S BAND THAT PLAYED ON THE TV SHOW UPBEAT IF ANYONE REMEMBERS I AM THERE BACK UP DRUMMER I HAVE KNOWN THEM SINCE 1986 WHEN I GRADUATED FROM HIGH SCHOOL I PLAY WITH THEM HERE IN CLEVELAND OHIO AND ON THE ROAD i am 52 yrs old and live with my brother DOUG ALWAYS LOOKING TO SING DUETS WITH new people I also am the backup drummer for the group Time Traxx band they are from cleveland also and play all over even in Florida I also have a pro mic that I use in the band's.