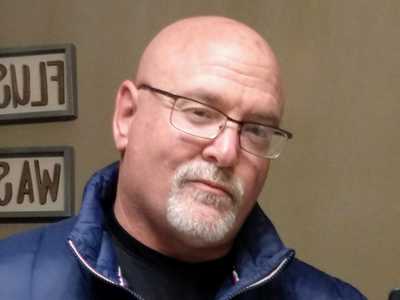 Singing is what I do when I should be cleaning the house.

A little bit about myself:

I'm a single man (therefore, I am allowed to flirt a little bit.

I live right smack dab in the middle of tornado alley, or as they call it around here, Kansas. I'd rather live one state to the north, and that's probably obvious by my name on here. Huskers!

I spent four days in the hospital in late January of 2016, and I eventually received a diagnosis of Non-Hodgkins Lymphoma. As of today, May 3rd, I've finished three sets of two treatments, which I get on Mondays and Tuesdays every four weeks. My last scans looked "Amazing! Everything is just melting away." <-----The doctor's actual words.

I feel like poo for about a week and a half after the treatments, then I pop back up again. Woo!

As of August of 2019, after six months of hard chemo, I am in remission. Sköl!

All vocal effects, which I try to use sparingly unless I'm looking for a certain sound, are courtesy of the TC-Helicon Play Acoustic, which runs into an ART Tube MP Project Series for gain, and from there into my Laptop.

My acoustic cover of the Elvis mash-up of "Little Sister/Get Back":

My acoustic cover of Luke Bryan's, "Strip It Down":