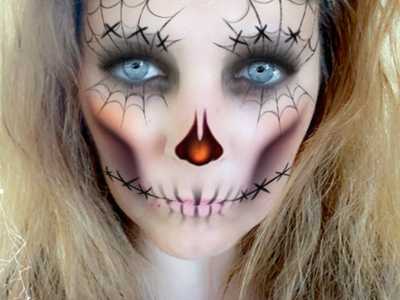 Tan's real name is Tanya Nunya. Tanya is 48 years old, is located in USA and has been a SingSnap member since January 20, 2008. She has a total of 264 public recordings that have been viewed 2,627 times and 253 achievement points.

If I could walk you to heaven
by Tanya.....a dedication for my Dad who recently lost his battle with cancer 6/28/2012

If I could walk you to heaven…

I would take your hand and guide you there

If I could ease your pain

I would chase it away along with the despair

If I could give you peace

So you could let go of all your worries and woes

But I will hold your hand to show you I care

I cannot ease your pain

All I can do is say a prayer

I cannot give you peace…and that causes my heart pain

But I will hold you in my heart until we meet again.
http://www.singsnap.com/karaoke/r/bb6d48dfb
please give him a listen...he was wonderful to put my poem commemorating my dad into a song!!!

fun duet with a buddy: click if you want to see the video

The Law of the Dump Truck

How often do you let other people's nonsense change your mood? Do you let a bad driver, rude waiter, curt boss, or an insensitive employee ruin your day?
Unless you're the Terminator, for an instant you're probably set back on your heels. However, the mark of a successful person is how quickly one can get back their focus on what's important.

Sixteen years ago I learned this lesson. I learned it in the back of a New York City taxicab. Here's what happened.
I hopped in a taxi, and we took off for Grand Central Station. We were driving in the right lane when, all of a sudden, a black car jumped out of a parking space right in front of us. My taxi driver slammed on his breaks, skidded, and missed the other car's back end by just inches!

The driver of the other car, the guy who almost caused a big accident, whipped his head around and he started yelling bad words at us. My taxi driver just smiled and waved at the guy. And I mean, he was friendly.
So, I said, "Why did you just do that? This guy almost ruined your car and sent us to the hospital!"

And this is when my taxi driver told me what I now call, "The Law of the Garbage Truck."

"Many people are like garbage trucks. They run around full of garbage, full of frustration, full of anger, and full of disappointment. As their garbage piles up, they need a place to dump it. And if you let them, they'll dump it on you. When someone wants to dump on you, don't take it personally. You just smile, wave, wish them well, and move on.
You'll be happy you did."

So this was it: The "Law of the Garbage Truck."

I started thinking, how often do I let Garbage Trucks run right over me? And how often do I take their garbage and spread it to other people: at work, at home, on the streets? It was that day I said, "I'm not going to do it anymore."

I began to see garbage trucks. Like in the movie "The Sixth Sense," the little boy said, "I see Dead People."

Well, now "I see Garbage Trucks." I see the load they're carrying. I see them coming to drop it off. And like my Taxi Driver, I don't make it a personal thing; I just smile, wave, wish them well, and I move on.

One of my favorite football players of all time, Walter Payton, did this every day on the football field. He would jump up as quickly as he hit the ground after being tackled.

He never dwelled on a hit. Payton was ready to make the next play his best.

Good leaders know they have to be ready for their next meeting.

The bottom line is that successful people do not let Garbage Trucks take over their day.

What about you? What would happen in your life, starting today, if you let more garbage trucks pass you by?

sometimes though when you get overwhelmed by too many dump trucks ... because your air freshener (your good attitude) can't handle em all....you need to get the hell away....or avoid these dump trucks. cuz even the strongest air freshener can be overwhelmed.