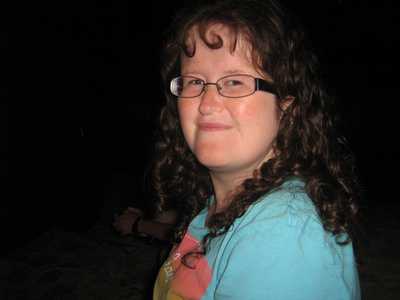 sweetaloha's real name is Astrid Scheepers. Astrid is 36 years old, is located in Netherlands and has been a SingSnap member since July 20, 2007. She has a total of 97 public recordings that have been viewed 9,390 times and 24 achievement points.

I've been away for a while, but I'm back now, and loving every minute of it!

First of all, I'd like to thank everyone who's either visited my profile page, left me a comment, or wrote something in my guestbook. SingSnap has really changed my life, and I've met some awesome people here, who not only get my love for music, but who are just as crazy about it themselves! :)))

I'd also like to explain what my name means, because people keep thinking I'm from Hawaii, which I'm not, lol...

Sweet Aloha is the title of a song by my favorite band Venice... so I called myself sweetaloha to honor them and that wonderful song

This is me in a nutshell:

I'm in a choir that does musicals, and we're currently preparing for our next gig, a rock concert, next March), listening to music, going to concerts/musicals/the movies, watching tv/dvd's, reading, cooking, playing computer games, cats