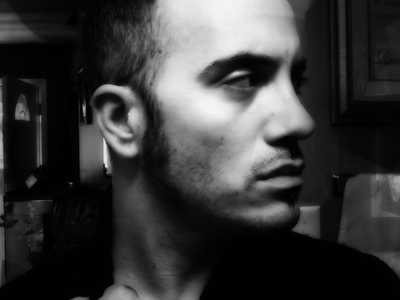 SkinVenom78's real name is Anthony Dune. Anthony is 42 years old, is located in Illinois / USA and has been a SingSnap member since October 2, 2013. He has a total of 5 public recordings that have been viewed 833 times and 33 achievement points.

"LIVE, FROM THE BASEMENT!!!".... When I was a little boy, I discovered that I had the ability to "bend" my voice. The easiest way to describe it, is that I was able to hear a certain tone or accent and mimic it, thus enabling me to do impersonations. Fast-forward 13 years... I figured if I could impersonate movie stars, cartoons, and foreign accents, then why not musicians?! This is the magic that helps me to do an extremely-wide variety of stuff. My goal, when I do Karaoke, is to get as close as humanly possible to mimic the real thing. And that's the PERSONAL fun AND the challenge for me! Sometimes I'm a bit off, sometimes I choose to go a different route, and sometimes I nail it. One of my personal mottos, when it comes to Karaoke, is "Don't try to go out there and be the best. There's always somebody better! Just go out and do your best."

Honestly, I sincerely appreciate ALL of the fans and supporters that enjoy what I do, but I realize that not everybody is going to enjoy my stuff. That's just a fact of life. And I don't mind it one bit, because before it gets out to the general public, to me, it's just a fun moment of singing to my computer! hahahaha I FINALLY get to try and sing tons of songs that I have never done before!!! And if I mess up, I can have a do-over! hahahah How cool is that! You couldn't bribe a K.J. enough to let you try again!

The key is to relax, let loose, have some fun, step out of your comfort zone and enjoy the moment!!! When I'm singing, I tend to close my eyes and pretend that I'm on stage at an arena singing to thousands! haha And that usually sets the tone for making me want to do my best. Just pick a song and roll with it...seriously, just have some fun!!! I'm looking forward to hearing a ton of stuff from you guys, so rock out hard and loud!
ENTERTAIN ME!!!

Of all of my talent, the one thing I pride myself in is being grounded!!!! A studio producer shared with me many aspects of the professional industry and how to survive it. RULE #1: NEVER forget where you come from...never lose who you are! And who I am, is a man that is passionate about life and love. And as long as I keep that IN FRONT OF HAVING A TALENT, then I'll be alright. My goal first and foremost has always been to NOT attract people to my talents, but rather attract people to me. If I were an ass, or conceited, then my abilities would mean absolutely NOTHING!

I didn't even know how well I was able to sing until I was a Senior in High School!!! I took a piano class, and to make a long story short, it was my teacher who had first heard me sing at my full potential. He signed me up to join an 8-piece acapella group, we did a showcase, then from there everybody encouraged me to join bands. So I did for over 11 years.

In 2002, while I was leaving the Radio Shack that I was working, in the dead of winter, I received a call from a Talent Scout representing Act 2 Records out of New York. I went downtown Chicago at some fancy hotel for an audition for an R&B group, and made it! (R&B was not my style, but it was an avenue) But after going to a Karaoke night with the Scout, he discovered that my strength was Rock music. I gave him a two track demo that a friend and I had put together. He loved it! The demo was sent off to New York, and was then showcased at a conference in France. I wound up with a 47-page record contract that, according to a music lawyer, was too low in $$$, even for a starting artist. We wound up having to turn the deal down and walk away........ It was then that I realized, "WOW! I was right there at the threshold!" If I could do it then, I could do it again!!!! But unfortunately, no such luck has been on my side since then.

I performed in bands, studios, and on stages from 1996-2009 and just couldn't find anybody else on the "straight and narrow". Everybody wanted to live that wreckless "Rockstar lifestyle", as to where I wanted to be an "all-around" professional entertainer/musician.

Not only was I a Karaoke D.J. for a few years at a local bar, but I was also a 5-time-consecutive Karaoke champion (from the bar leagues...lol), and my last competition was in 2006 in where I won money and a trip to Vegas.

In 2009, It seemed that my musical obsession took up too much of my life to where it was starting to interfere with my family, and it was by MY choice to literally just give it all up. No more bands, no more song writing. I've written hundreds of tunes over the years, none of them were officially released to the general public, and most of them were never recorded. And some of them are lost in my head...haha

Since "retiring" from the music scene for the past 4 years, I work all of the time as a fork lift driver in a warehouse, and devote all of my spare time to my family. It's been nice, but there's a part of me that needs that musical release. That's where this site comes in

Just like any other passionate artist, it would be lovely to one day be an professional entertainer, but for now I just sing to get it off my chest, inspire others, and entertain for pure fun. No karaoke bars...just plain ol' fun "live, from the basement!"....lol... It's the new version of singing in the shower, but with more of a purpose!! hahaha