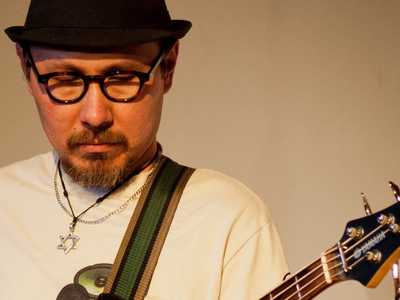 sabathiel's real name is Peter Clarke. Peter is located in Australia and has been a SingSnap member since January 20, 2010. He has a total of 5 public recordings that have been viewed 2,202 times and 241 achievement points.

Karaoke nut. I karaoke at my local karaoke bar as often as I could and I perform at various local open mic nights where I live. I'd like to do different songs every week. I also like to karaoke when I travel to different cities or countries.

Here is me singing a classic Duke Ellington jazz standard with a female vocalist who is supposed to be Lady Gaga. This is me singing "It Don't Mean A Thing (If It Ain't Got That Swing)" all dressed up in true jazz style. The version of the song is from the 2014 Tony Bennett and Lady Gaga's Cheek To Cheek jazz album:

I am of Eurasian (European & Asian) background. My father was English/French and my mother is Indonesian Chinese. Below are a selection of my Youtube clips taken from my Youtube channel. I have over 600 Youtube videos on my channel. Here is the link to my Youtube channel: http://www.youtube.com/user/sabathiel01/featured

This is an original song I wrote called "The Girl Who Looks Like Natalie Portman". The song received a special honors runners-up placement in the 2012 Song Of The Year songwriting contest (New York based). Here is the link to the special page dedicated for the special placement at their website:

This is my cover of a revolutionary song by 80s English band The Style Council. Written by the band's lead singer Paul Weller, an English musical icon. In this song called "Walls Come Tumbling Down" Paul Weller essentially called for a revolution at the height of Thatcherism in the mid 80s. Weller made references to class war, Jericho's wall tumbling, the haves and the have nots, those who play the power game taking the profits and laying blame on the workers while denying a pay rise etc. The theme is that things can change if the oppressed want it and are united as well as historically governments crack and systems fall.

And this is also a song by The Style Council called "Shout To The Top" from the same 1984 album (Our Favourite Shop) as "Walls Come Tumbling Down" above.

And this one is me singing a rock song originally by The Rolling Stones. However this cover of mine is the Stereophonics 2007 live version which I prefer because it is simply sung by a male singer throughout rather than with a female vocalist as Mick Jagger did on The Rolling Stones original. I think this is one of my best rock covers. This is called "Gimme Shelter".

And finally this is an epic song (10 minutes long) by English band Genesis who started as a progressive rock band. It is called "One For The Vine" from their 1976 album "Wind and Wuthering". The song's theme is about a self proclaimed messiah who leads his people to battle. There are a lot of instrumental parts in the song but the instrumental has themes such as the instrumental for battle and in the end the victory march. The genius is that even without any singing the instrumentals clearly make their marks with obvious themes even without informing the audience what those themes are. I have included relevant and appropriate images to tell a story in the instrumental parts. Give it a listen as it could potentially give you a musical experience you will never forget.