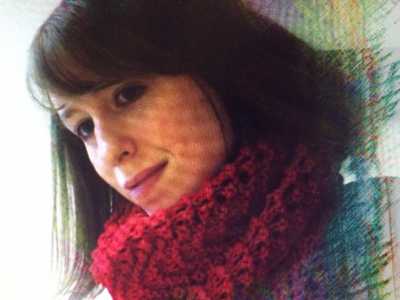 rubybeth is located in USA and has been a SingSnap member since May 23, 2018. She has a total of 385 public recordings that have been viewed 8,707 times and 197 achievement points.

2/1/20 There's finally an android app! Hooray! Except...I can't figure out how to use it. No matter how high I turn up the microphone, I can hardly hear myself. There's an echo and it's also out of sync. I'm not great at figuring these things out, so I still won't be able to contribute new recordings. I will probably do some refeaturing; don't mistake those as new recordings. I miss being able to use Singsnap regularly.

Well hello! This site is a dream come true for me because I'm too shy to share my voice in public but I wanted to know if I had at least a smidge of talent. I've made so many recordings over the years (with no special equipment) and was never happy with them. I didn't like how I sounded. This site along with devices that have higher quality microphones than I've had in the past means I can finally be happy with the result. Don't get me wrong, I still don't use special equipment and don't know how to, but technology has improved nonetheless.

I will fully admit that my voice does not do anything "fancy." It is pretty plain, but it's enough to me to know that it can be nice at times. People complimenting my voice means the world to me. Things I've worked on over time (strictly through singing in the car or those rare times I was home alone) are making my voice less "soft" and extending my range a little. I still have a hard time with notes that are too low. I've seen improvement since joining though! I can go fairly high but at a certain point that's where my voice goes soft and "airy," if you will. I like to think I can carry a tune, but if I don't have backup music to guide me, I'll end up in a totally different key and be like "How did I get here??" Haha.

How well I sing changes from day to day or even hour to hour. That's one of the reasons I don't sing in front of people-I never know if I'm going to sound good at that moment or if it will be one of my off days.

You'll find that I like to stay true to the way the song was originally sung as much as possible. That's just how I naturally like to do it. I'm not good at improvising and I don't really have an interest in it. I do tend to get lost when I forget the various nuances in certain songs. It's not intentional.

One thing about my taste in music that I don't think is common is that I don't really care about what a song is about; I care much more about the tune itself. If that appeals to me, I'm happy to sing it or listen to it. It doesn't mean I'm connecting to the meaning of the lyrics at all. Also, I don't care if it was originally sung by a male; I won't change pronouns when I sing it even though I am straight. I see no need for that, I'm just paying tribute to the song and will keep it the way it was written.

Thank you SO much to anyone who takes the time to listen.