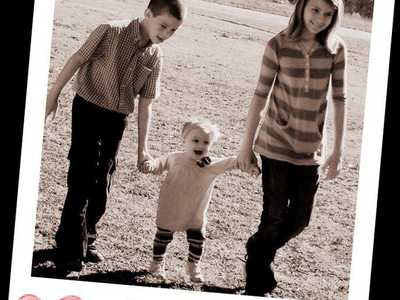 mandalow's real name is Amanda Lowder. Amanda is 41 years old, is located in USA and has been a SingSnap member since June 15, 2009. She has a total of 29 public recordings that have been viewed 1,069 times.

I just realized through a letter from a fellow snapper that I haven't updated my profile in a while. I haven't actually been back to SingSnap in while, partly because of time constraints and partly because of money issues and health issues. The last info I had given was about the birth of our little girl...Miss Layla Grace is growing and thriving quite awesomely contrary to the problems She and I both had during the delivery process. I had pre eclampsia during my pregnancy with her but it was not discovered until almost the very end. I went in the hospital with her in Late august and didn't come out till two months after her birth. My blood pressure had spiked and I had swelled up 75 pounds. They had given me some kind of medicine to stop my labor with her and in doing so it affected my breathing and I felt Like I couldn't breathe. She was due on October 19th of October but came On September 5th. She was very early but very beautiful and over all very healthy. She weighed in at five pounds two ounces. The only thing keeping her from coming home was her inability to suck from a bottle...It took her a good month to learn how to eat but once she learned ...she didn't wanna stop eating!!! lol They got my blood pressure regulated a month after her birth and we have been home ever since! That is her in the middle of her brother and sister in my profile pic! She is my pride and joy and the light of my life...Everything I do in life is for her and in her honor! I just recently found out that my lungs for whatever reason are only working at a 41 percent capacity when they should be up in the 80's .....this doesn't allow me to sing real frequently! The doctor sent me home with two different inhalers and I was told I might have to wait with a pulmonary specialist....but we will just have to see what the doctor says!

If you haven't done so please go by and check out www.muzikdriven.ning.com It is a very cool website. Up until recently I was a member there. They make you feel welcome and right at home. Just another site to showcase your talent and they are an avid supporter of singsnap.com. Unfortunately I am no longer a member there due to time constraints. I am constantly with kids...I keep kids for a living in my home. It was the only way I could think of to have money to help pay the bills and to be able to keep my own daughter at home and not have to pay an arm and a leg for childcare! By the end of the day I just don't feel like doing much of anything...I come here and sing occasionally but I don't even do that as much as I once did....maybe once they fix whatever is wrong with my lungs I will be able to do more! Anyhow Hopefully this gave a little insight into who or what I am. Have a blessed day and Keep Singing!