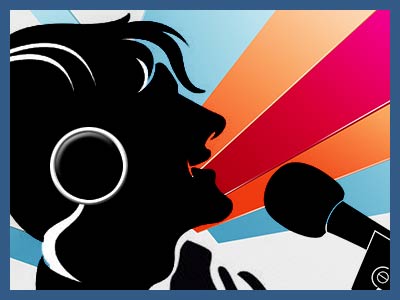 kick-em's real name is Kenneth Slaughter. Kenneth is 58 years old, is located in Illinois / USA and has been a SingSnap member since December 26, 2009. He has a total of 151 public recordings that have been viewed 20,307 times and 213 achievement points.

Hello my name is Kenneth Slaughter, but most call me Kenny. I'm from Chicago Illinois, which most people refer to as the chi!!! But I'm sure there are some who wonder how did I come up with the user name kick-em. Well I work for the railroad as a engineer, and in order to build trains to go to various places, we have to push cars into certain tracks to do this , with my engine. This process of pushing the cars is called kicking them, and thus my user name is called kick-em!! I have been doing this for 22 years now and I guess I somewhat enjoy it , if I have been doing it this long. As for my singing, I remember this started when I was 9 or 10. When I was in grade school we use to have a after school program called, social center that only was provided on Wednesday's. This program consisted of activities like, basketball, board games, dancing, and various other fun things that would entertains the kids. Well the activity I enjoyed the most was the dancing, but most of the time I would sit by the record player and sing along with the music that was playing. I guess from that moment on my love of singing, had been born!!! Since then I have sung for weddings, and plays, nothing too major!!! I have never had singing lessons, but have thought about getting some!!! Until then I guess i'll just sing the best way I know how and be content with it!!!!!!