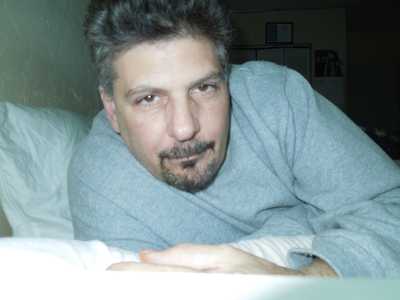 johnnyo is located in Connecticut / USA and has been a SingSnap member since May 2, 2008. He has a total of 250 public recordings that have been viewed 12,251 times and 246 achievement points.

My friends call me Johnny O. I was born in Waterbury Ct.
I took my first guitar lesson at age 9. I studied for approximately 3 yrs. My major influences at that time were my Uncle Raymond. He was a mandolin player. We always had a guitar laying around and when ever he came to visit he would show me stuff on the guitar. That really sparked my interest.
I really got interested when the Beatles came to America. I knew then that I wanted to play music in one form or another.
Got into my first band when I was 12.
As I got older I became more influenced by guitarist's such as Jimi Hendrix, Jimmy Page, Jeff Beck, Eric Clapton, and Frank Zappa. I also like modern jazz. Chick Corea, Al Di Meola, and Bela Fleck to name a few.

I've played with 4 bands from 1972 - 2004. Mostly top 40s and funk groups. I also played with a Mo-Town tribute band called Soul Sound Revue from 1994 - 2004. We opened up for groups such as The Temptations, The Coasters, The Drifters, Johnny Rivers, and Tower of Power.

I moved to Gainesville Florida in 2004 and thanks to my brother (frankjazzsinger) found sing snap.com. I haven't done much recording over the years and I thought this would be a great way to try my hand at recording and make some great friends in the process. I have made some wonderful friends here on s.s. and I'm having a great time meeting people and the challenge of trying new things.

People have told me I have a nice sound so I thought I'd let you in on what I use to record with here on s.s.

For multi track recording I use a Tascam DP-01FX/CD digital 8 track recorder going into a Behringer xenyx 1204FX mixing board. I run out of the mixer into a Creative sound blaster SB X Fi surround 5.1 external sound card to USB into my computer.

For instrumentation
I use a Boss Dr. Rhythm 880 drum machine which also has bass. I use a Gibson Les Paul Special guitar. I also have a Casio WK-200 keyboard which I use for adding strings and other sounds. And a Washburn T-25 5 string bass guitar.