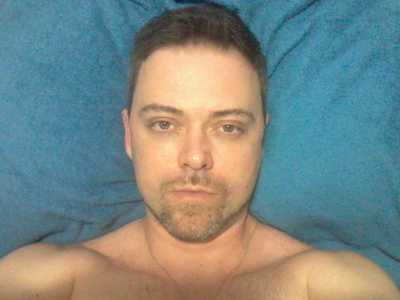 Jibiruca's real name is Fabio Dias. Fabio is 46 years old, is located in Brazil and has been a SingSnap member since August 25, 2010. He has a total of 59 public recordings that have been viewed 19,034 times and 35 achievement points.

Hi, I'd like to say something, but before that, I'd like to thank my SS new friends here!! you are so friendly, and you are giving me the motivation to keep on singing!!! thanks so much!! I told a new friend here "my feelings are intense too! I'm intense, but i hid this with my shyness for all my life, my low self esteem. I want to get out of this cage, as written in one of Elton John songs "Skyline Pigeon" it's a pity that doesn't have this song here!!"

So... I'm trying to believe in me!! Everything in life depends on our WILL!! BELIEVE IN YOU!!!

Brazilian guy, looking for friends with same interests (music), I'd like to improve my voice, so I'm open to comments!!! thanks a lot!! and welcome to my new page here on singsnap

I would like to thank "PuddyKat3" and Stargirl for sponsored me for a while Thank you from the bottom of my heart!!!! wow... so good friends here!!

You are The Sun
Happiness, Content, Joy.
The meanings for the Sun are fairly simple and consistent.
Young, healthy, new, fresh. The brain is working, things that were muddled come clear, everything falls into place, and everything seems to go your way.
The Sun is ruled by the Sun, of course. This is the light that comes after the long dark night, Apollo to the Moon's Diana. A positive card, it promises you your day in the sun. Glory, gain, triumph, pleasure, truth, success. As the moon symbolized inspiration from the unconscious, from dreams, this card symbolizes discoveries made fully consciousness and wide awake. You have an understanding and enjoyment of science and math, beautifully constructed music, carefully reasoned philosophy. It is a card of intellect, clarity of mind, and feelings of youthful energy.
What Tarot Card are You?
Take the Test to Find Out.

Just for curiosity and/or knowledge: "Brazil is the only Portuguese-speaking nation in the Americas, making the language an important part of Brazilian national identity and giving it a national culture distinct from those of its Spanish-speaking neighbors. Brazilian Portuguese has had its own development, influenced by the Amerindian and African languages. As a result, the language is somewhat different, mostly in phonology, from the language of Portugal and other Portuguese-speaking countries. Minority languages are spoken throughout the nation. One hundred and eighty Amerindian languages are spoken in remote areas and a number of other languages are spoken by immigrants and their descendants. There are significant communities of German (mostly the Hunsrückisch, a High German language dialect) and Italian (mostly the Talian dialect, of Venetian origin) speakers in the south of the country, both of which are influenced by the Portuguese language."