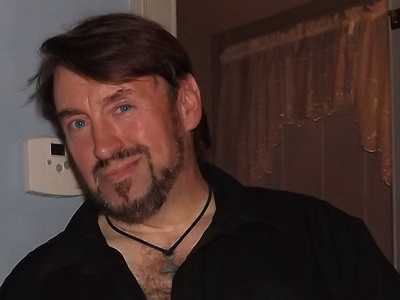 JeffL's real name is Jeff Leeper. Jeff is located in Pennsylvania / USA and has been a SingSnap member since August 20, 2008. He has a total of 68 public recordings that have been viewed 2,969 times and 146 achievement points.

I'm a 39-year veteran of the entertainment field, and worked with The Atlantic Paranormal Society, (SyFy Channel's Ghost Hunters TV Series)...as Co-Manager of Taps Family Worldwide for 4 years....I'm a deliverance minister and counsel as well as guest pastor for local churches....I work musically with local bands and local orchestras, as well as lecturing, singing and teaching at paranormal events. I do Television as a special guest, as on the Ghosts of Shepherdstown series finale, and 2 documentaries.

My other job is as a field and sound tech for a sound and electronics company, doing installations and troubleshooting sound and video systems. We also do sound and backline for major bands such as Z.Z.Topp, Alice Cooper and others. Last summer we did Joan Jett and Florida Georgia Line, as well as The Oak Ridge Boys and Lee Greenwood. Lee is the nicest guy you'll ever meet and actually did a request for me that wasn't on his setlist for the night.. Joan Jett is a sweetheart and we have mutual friends so I was able to talk with her and get some photos.

Most of the major acts, especially the older ones, are really nice people.
I'm very blessed and I love my job.

My newest job is as manager and innkeeper of a Civil War era mansion near Gettysburg, Pa.