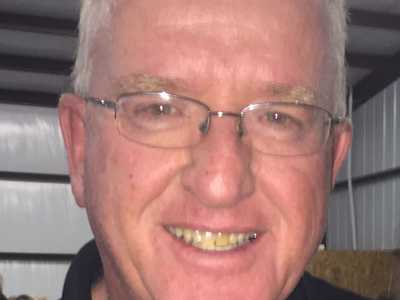 Havealwaysloved2sing's real name is Tom Wagner. Tom is 60 years old, is located in Texas / USA and has been a SingSnap member since May 23, 2015. He has a total of 3,343 public recordings that have been viewed 104,502 times and 458 achievement points.

Born in October 1959. Just made it at the end of the fabulous 50"s. Grew up in New York State on a steady diet of music. Both my parents were music lovers so I grew up listening to their albums of Mitch Miller, The Fred Warring singers, Bing Crosby, Nat King Cole, etc. My first exposure to country music odly enough was through Nat King Cole on His Ramblin' Rose album. I've always been a kind of mellow guy in my musical taste. I like Broadway tunes, Disney, some opera but never really got into the rock and roll scene,,except maybe for 50's and 60's rock. I tell people the hardest rock I ever listened to was the Carpenters. Graduated high school in 1978 and went into the Army in combat aviation as a Huey helicopter crew chief. Returned to the states in 1981 after 2 1/2 years in Germany and went to Dallas Texas to attend Bible College. Met my wife Kimberly there. We spent 10 years in ministry, alot of which was on the road doing music in worship clinics at various churches before suffering from severe burn out. Returned to Texas in 1989 and went to worki for the phone company and have been there since working as a service rep for 8 years and now as a maintenance technician for the last 18 years. My wife and I do a lot of weddings and other social events. I've performed in various musical productions and theatrical productions at our local "Cactus Theater." Music and singing have always been my first love. I consider them as precious gifts from God to be shared as often as possible in whatever genre I may be singing. I hope you all enjoy what you hear here in my little studio. God bless you all.