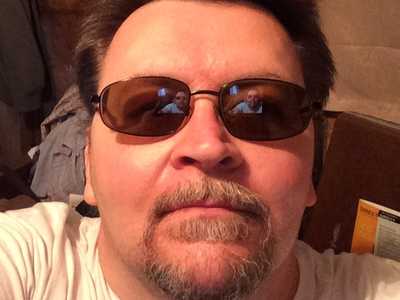 Gibson143's real name is Steve Moran. Steve is located in Michigan / USA and has been a SingSnap member since November 19, 2007. He has a total of 67 public recordings that have been viewed 1,913 times and 217 achievement points.

Every once in a while, a performer comes along that processes a true sense of clarity and purpose. A voice that transcends the ordinary and begs the listener to pause and draw in for a closer view. "One Voice Touching Hearts" Steve Moran -- Singer / songwriter / musician (BMI) Steve grew up in Port Huron, Michigan..... A small town just north of Detroit, The youngest of six he was inspired by his father who was a guitarist and singer on the local scene..... As a small child he listened to all styles of music and lots of great musicians. He picked up the guitar by the age of 5 years old and never put it down learning everything he could from Nashville to New York to LA and back.. As a young adult he worked the road for 6 years playing in shows all across the United States until he landed in Miami, Florida and did the cruiseship circut and the Miami beach lounges loving every minute of it. With his stage shows on cruiselines and appearances from Miami Beach, to New York, from Michigan to Hollywood, Steve Moran has rubbed elbows with many stars. He has been writing his own songs since he was 10 years old, And he has a big selection of songs that he wrote and co-wrote with other writers.... In a early Spin Magazine interview he says "I hope somehow my expression in music has captured the way that I actually see myself as a musician"..... ~ Steve Moran