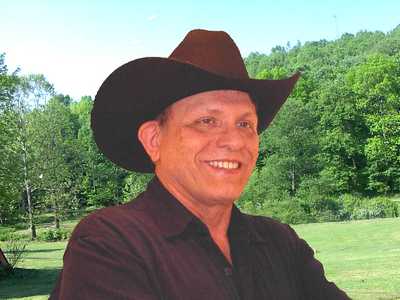 freddycds is located in Pennsylvania / USA and has been a SingSnap member since November 21, 2008. He has a total of 100 public recordings that have been viewed 7,135 times and 242 achievement points.

Born in Western Pennsylvania the son of a coal miner, Freddy’s love for music began when he was just six years old after watching his Uncle Lewis play guitar and sing, with his father joining in on mandolin and harmonica. Freddy picked up his first guitar when he was 12 years old when he finally asked his dad for $2.00 to rent a guitar from the local music store. His father was so proud of him that after six weeks, he bought him his first electric guitar and amp. “I was never good at sports.” “I was known as the chubby kid who couldn’t climb the ropes.” “When I got my first guitar, that’s when I realized what I could do,” says Freddy. “I would stay up at night and teach myself how to play.” “Pretty soon, I was playing at all of my high school events ” “I no longer needed sports.”

That was just the beginning. Freddy soon found himself playing in clubs and honky tonks before he was even old enough to be in there surprising some of the most experienced older musicians with his talent. Freddy was inspired by the many local musicians as well as being inspired by a few famous ones including two of his favorites; Brad Paisley and Vince Gill.

For his surprise birthday party, when Freddy turned 16, his father bought him his first Fender Jazz Master guitar which he still has today. Learning to play totally by ear, Freddy also plays banjo, bass guitar, piano, mandolin, electric steel guitar, sings and writes his own original songs. “I love expressing myself through music,” adds Freddy. “I am a very private person.” “I don’t say a whole lot.” “What I feel inside I express through music.” “Whatever is inside comes screaming out when I play.”

Music isn’t all this country guitar picker does. Freddy is also an electronics wiz kid. He started in television, radio and CB repair and now owns and runs his own business in a small town in Western Pennsylvania where he currently lives. In addition, Freddy has his own music studio where he produces, writes, sings, records and mixes his original songs.

Freddy says he is a hillbilly and you know this by his famous saying, “Hee… haw…, I’m a country boy!” And a country boy he is. Freddy’s music is truly of his inner self. He puts his heart and soul into every note. It will move you to places within you never knew existed.