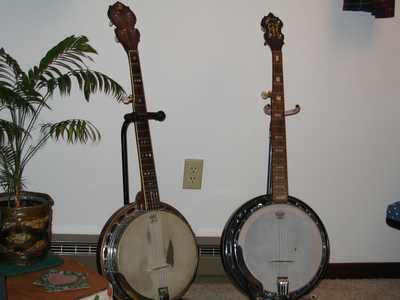 FIVESTRINGER's real name is JERRY THOMAS. JERRY is 79 years old, is located in Florida / USA and has been a SingSnap member since July 20, 2009. He has a total of 268 public recordings that have been viewed 9,720 times and 288 achievement points.

I would like to thank everyone that listens to my songs. I grew up on bluegrass music. My father was a great fiddle player. also anything with strings. He played the old drop thumb 5-string banjo. I picked up the basics from him and went on to learn Scruggs style. I was also the drummer in several bands through the years. I just love music and making friends on SS. Thanks again, Jerry Thomas. P.S. Back in the sixties I was in the rock band called the Original Playboys, then later the X-Cellents. I would like to give a special THANK YOU to KAROKE-JODI for getting me out of my little shell and joining S.S. I have enjoyed it very much. Please take time to give JODI a listen. She has a powerful and beautiful voice. Thanks again, Jerry P.S. Iv'e been happily married for fifty one years. P.S. Jodi and I sang in her band called VISION in the 80"s