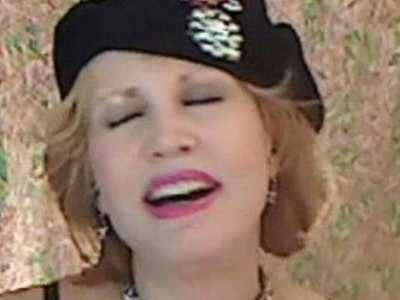 Up the quality of these using the gear control on the bottom right of the players.

A woman was sitting at a bar enjoying an after work cocktail with her girlfriends when Steven, a tall, exceptionally handsome, extremely sexy, middle-aged man entered. He was so striking that the woman could not take her eyes off him.

This seasoned yet playful heartthrob noticed her overly attentive stare and walked directly toward her. (As any man would.) Before she could offer her apologies for staring so rudely, he leaned over and whispered to her, "I'll do anything, absolutely anything, that you want me to do, no matter how kinky, for $20.00...

Flabbergasted but intrigued, the woman asked what the condition was. The man replied, "You have to tell me what you want me to do in just three words."

The woman considered his proposition for a moment, and then slowly removed $20 bill from her purse, which she pressed into the man's hand along with her address. She looked deeply and passionately into his eyes, barely concealing her anticipation and excitement, and slowly and meaningfully said....