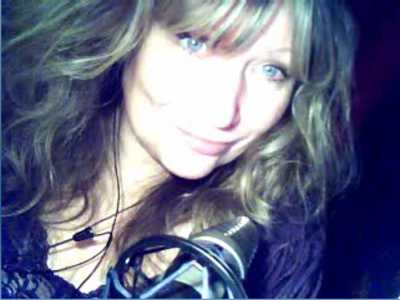 Cerebraljam is located in United Kingdom and has been a SingSnap member since May 16, 2007. She has a total of 291 public recordings that have been viewed 144,790 times.

From The ARCHIVE:You Do Something To Me - Paul Weller

Rest In Peace, Wonderful Etta James, you gave us so much...

Wanted to showcase songs I have worked on with friends and musicians around the world- these songs are created for educational research, criticism and comment, no monetary gain involved and copyright and acknowledgement of originating artists being made - the following are some tribute songs to Kate Rusby - a British Artist who I contacted and gained permission to cover some of her wonderful songs.

This song was dedicated to my very dear friend Bruce, on the occasion of his birthday, to say thank you for all the support he has given and continues to give over the years...

The beautiful backing track is made and played by Ron, (rhopen) please go visit him.

If you wish to leave any comments to any of my songs you can visit my youtube channel via clicking on the widget where it says "Youtube".

Beautiful Kate Rusby song - out of her songbook I bought when I went to see her live in Perth... Kjell has made and plays the most gorgeous backing to this, all instruments - the original does not have harmony... I was tinkering and made one up!

Who Will Sing Me Lullabies

You all know how I love my lullabies...

Well, this has a sad little tale, Kate, when she wrote this, put this little bit in her songbook

"... a song for Davy Steele - a beautiful singer and a fantastic friend. I have sung songs of heartbreak and loss for a long time and thought I understood. I couldn't be further from the truth. When Davy was diagnosed with an incurable brain tumour my own heart truly broke and has never felt the same since ..."

The audio and video whilst recorded at same time are recorded in two separate ways and unfortunately, as I am actually singing harmony on top of my original melody..., the sync was incredibly hard for Kjell to match up, but I think he's done a tremendous job

This lullaby is written by Kate Rusby, and can be found in her songbook. She describes the chorus as being from an old traditional Scottish Gaelic Folk/ballad songbook, where the verse was missing. And so she has penned her own melody.

I thought it very beautiful, unfortunately I do not play instruments adequately to do it justice and still fighting with Cubase but have found sound... this isn't done on Cubase

I decided the only route would be acapella, again Kate has written a lower harmony and I have decided to make up a descant one.

14th February, 2010 (updated)
It occurred to me that I have a vast number of Pies and unless you're a genius you will not know the fillings so for ease here is a small list with the date of the recording

I've been very lucky in being able to collaborate with so many people, we've done some incredibly complex stuff, and I have always been amazed at the talent my musician friends have... and then there are some I've hijacked

Bruce (BronxBruce) introduced me to so much, and I will always feel it was because of his caring and interest in me as a person that I came out of my shell and stretched myself out into the place I needed to be, he found me on Singshot and I found him when I joined Singsnap... had he not found me, I think my interest would have dwindled and I'd have stayed firmly with my computing and digital picture manipulation...

He introduced me to CSNY - I have always loved Neil Young (not enough of his music on here!) But I didn't know the bigger picture so you can imagine the pleasure I felt listening to the beautiful harmonies these guys do... and I fell in love with their music when I listened to his 4+20

and joined him, because I just could not resist, my finest hijack I feel.

But always I come to this one,and the honour and warmth I feel having worked together on this planned harmony/duet with Bruce is immeasurable.Yeah, we both stayed up all night, on different nights LOL to get this right

Not While I'm Around - Sweeney Todd
Still smiling from ear to ear...

6th November, 2008Edit: I would like to say a huge thank you to everyone over the past few days who have been very sweet to me, either via singing a song for my Birthday, or commenting on the songs sung, or one of mine, or the fun we have had in chat... I feel loved.And I will be round to say hi to you all as soon as I can... I'm sorry I've not been around much, had a lot of work on and had to divert my attention and discipline myself, this is not always easy...

A very big thank you to Mike, Tommy, Karen and Walt, for your songs - you made me smile and I'll be back to listen again guaranteed

Tee hee!I found a test on Unc Dave's profile page and just had to take it, it said I was low nerd material bah!That can't be right, so imagine my delight to find I could take EVEN yet another one hehehe, which, cough, I could say I wanted to appear MORE nerdier than he on :PWell, move over Unc, I is! Muwahahahha...word.

Look!I can even prove it for, who else sits with earphones plugged in whilst doing nerd tests and NOT listening to anything and posts a piccie taken with webcam when not singing or listening with earphones in DUR!

Finally!The Bruce, dedicates ME, (On my own) a song!

- I love this song to bits and stalk him endlessly just to hear it :DAwwww thank you Bruce http://www.singsnap.com/snap/watchandlisten/play/bcc43001] One For MY Baby

Oh, it was recorded live in the EAW chat room... another sigh.What an honour!Thanks Bruce!

Oh, and he promised me that if he EVER took it down, he'd sing me another, like MORE and dedicate it especially... maybe I made that bit up who knows

And I have to add, he has sung so many, many beautiful duets/harmonies with me for which I will be ever grateful.

We had so much fun in chat with his surprise and lovely visit...

PLEASE LISTEN TO THIS ONE FIRST - IT'S SPECIAL TO ME
18th June, 2008:REALLY proud of this one folks, from the film

and singing with me is: 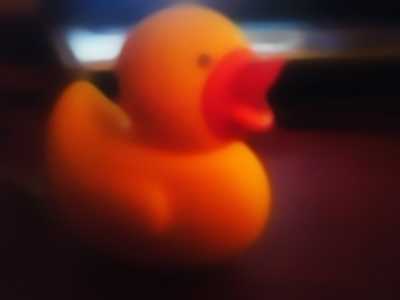 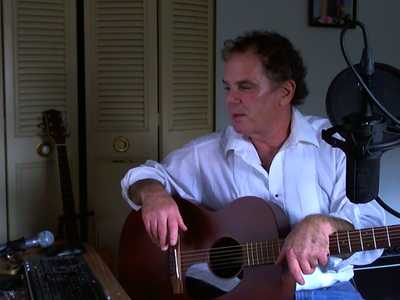 We may be spread all over the world, but for this song we get close enough to be together.Thank you guys for all your hard work, you've made this one really special for me

A big thank you to you all for your feedback and to all who have nominated this song for Hall of Fame too.

My profile's over here - follow the link LOL
Alternative Cerebral Jam ... Updated 19.06.08
And still at it right this minute!

White Bird... Found this song by accident, and it has been growing on me every time I hear it, really love it now


A Heart Needs A Home - Kjellvis !!!I threw this song at him and said hey friend, could you just pick up the ol' guitar and play this for me ta!Well it's one of the most beautiful songs you are likely to hear and the guitar playing of Richard Thompson if you're familiar with it is no mean feat... so Kjell, you are fantastic, this is phenomenal playing, and I love it very, very much... thank you! Your harmonies too are beautiful

Good Enough - Evanescence
I had to work very hard on this, as it was so different, and I don't want it to get lost amongst all the other songs...