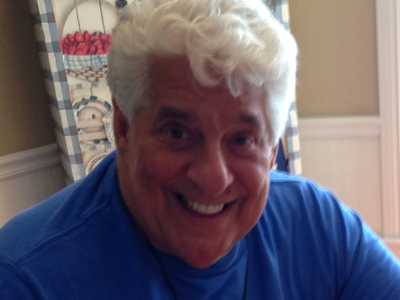 BobAmodeo's real name is Bob Amodeo. Bob is 80 years old, is located in Florida / USA and has been a SingSnap member since September 17, 2008. He has a total of 585 public recordings that have been viewed 62,970 times and 251 achievement points.

Hi All, I'LL BE THE BIG 80 IN MAY, and we are all blessed to have such a Site,where we all can do the best we can and still get so much love in return!!!!May God Bless all who are on this Site...."In my End, is my Beginning".... Thanks and God Bless, BobAmodeo

My Influences:
Our Lord Jesus The Blessed Mother St. Joseph,and all the Saints..... Elvis,Frank,Dean ,Sammy,Tony,Englebert,Tom,and so many Doo-Wop groups,and hundreds of other singers,and there's much talent right on this Site....

The year was about 1974, and my family and I just moved back to New York from Florida. Money was very tight,so I decided I would try my luck in Vegas . I put a few bucks together and off I flew. I arrived at the Sands Hotel, and as I checked in I saw a line of people waiting to get tickets to see Frank Sinatra,so I got on line and was happy to wind up with a ticket,as many people were turned away.

I went to my room,took a shower,and put on my tuxedo ,and went into the Banquet room, where they lead me to a table for one,right next to the stage. I couldn't believe where they sat me. Now the waiter came over to me and asked what I would like to drink,and I said Rum and Coke,and he said,would you like me to bring you extra one,because there was a ten dollar minimum,and they weren't going to serve while Frank Sinatra was singing,so I asked the waiter how much were the drinks and he said $1.25 each,so I told him to bring me eight of them.

Now you would have to see the table that I had,it was only about 18 inches,and round. Many people were looking at me,thinking that was pretty funny having eight drinks on that little table. Well I'm not a drinker,but it was like drinking a regular coke,and the first and second went down fast. I was already feeling woozy when Frank came on stage, and his close friend Jilly from new york handed him a drink,and he laughed at me when he saw all my drinks, and held up his glass and said "Salute" pointing to me,and everybody laughed.

The first song he sang was "Thats Life"and told us he was about to record that song the very next day,and laughed and said, he wasn't going to strain his voice tonight. He was terrific,My hands were hurting from clapping. As the night went on I noticed a young man that keep looking at me from across the room,and by the time the show was over I had six of those drinks in me and was feeling pretty good. When Frank left, he went through the kitchen with two of his people, keeping people away from him. Now,this young man came up to me all exited and said ,I know you must know him, because he keeps talking and kidding around with you. I told the kid, I'm going to see him right now,and walked to the kitchen door,with the kid right behind me.

Well it must have been the tuxedo ,because no one stopped me or the kid. We walked down the long hallway,and there up ahead was Frank talking to Lola Fallona , a singer that was going to sing later. I yelled out "FRANK",and his bodyguards said ,is it alright Mr.S? and Frank says Yea,it's alright, now I walk over to him and say, That was a great show, and I really enjoyed it,and then shook his hand that seemed so small. He said thanks,and left. The kid then came over and asked Lola for her autograph ,and she asked me if I wanted one,and I said no thanks. Well I then went to the casino and wound up winning $2,600.Shooting craps and Black Jack,and the next day I returned home."Thank you Lord", for a great trip,even though I was a jerk to leave my wonderful wife and children to go on such a fools errand...Many Blessings to all,Bob