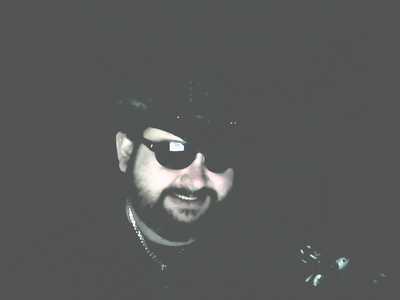 BigDaddyLovesBlues is located in Kentucky / USA and has been a SingSnap member since April 2, 2012. He has only made one recording and 3 achievement points.

(About Me) Born in Chicago' ..My Pappy was Born in Pikeville Ky..my Mother born in Louisville ky...I am also related to the Hatfield and Mc Coy's and Im also part Cherokee Indian..These are all the reasons I had to quit drinking..lol...I could always hold my liquor the bad thing was it made me mean and lower my tolerance level to have patience with those that annoyed me..I am Christian ..And the Lord has changed my life...“When you find peace within yourself, you become the kind of person who can live at peace with others..So with that being said and without offending anyone..I am not interested in any Online Drama..I am only here to sing make friends with those who know the meaning of friendship.. I have a Large Variety of Music Intrests..basically anything that can make me feel something..Lyrics..Melodies..that may spark a memory...I prefer singing Gospel & Blues..but I have been known to challenge myself time to time and go outside my comfort zone and try something new when I am bored...lol..I believe that we all share a passion for music or we wouldnt be here...(Something About the Blues History) ~Chicago Blues~ What is now referred to as the classic Chicago blues style was developed in the late 1940s and early 1950s, taking Delta blues, fully amplifying it, and putting it into a small-band context. Adding drums, bass, and piano (and sometimes saxophones) to the basic string band and harmonica aggregation, the style created the now standard blues band lineup. The form was (and is) flexible to accommodate singers, guitarists, pianists, and harmonica players as featured performers in front of the standard instrumentation. Later permutations of the style took place in the late 1950s and early 1960s, with new blood taking their cue from the lead-guitar work of BB King and T-Bone Walker, creating the popular West Side subgenre (which usually featured a horn section appended to the basic rhythm section). Although the form has also embraced rock beats, it has generally stayed within the guidelines developed in the 1950s and early 1960s*********(Memphis Blues)******A strain of country blues all its own, Memphis blues gives the rise of two distinct forms: the jug band (playing and singing a humorous, jazz-style of blues played on homemade instruments) and the beginnings of assigning parts to guitarists for solo (lead) and rhythm, a tradition that is now part and parcel of all modern day blues-and rock 'n' roll-bands. The earliest version of the genre was heavily tied to the local medicine show and vaudeville traditions, lasting well into the late 1930s. The later, post-World War II version of this genre featured explosive, distorted electric-guitar work, thunderous drumming, and fierce, declamatory vocal****(Delta Blues)*****The Delta blues style comes from a region in the southern part of Mississippi, a place romantically referred to as "the land where the blues was born." In its earliest form, the style became the first black guitar-dominated music to make it onto phonograph records back in the late 1920s. Although many original Delta blues performers worked in a string-band context for live appearances, very few of them recorded in this manner. Consequently, the recordings from the late 1920s through mid-1930s consist primarily of performers working in a solo, self-accompanied context. The form is dominated by fiery slide guitar and passionate vocalizing, with the deepest of feelings being applied directly to the music. Its lyrics are passionate as well, and in some instances remain the highest flowering of blues songwriting as stark poetry. The form continues to the present time with new performers working in the older solo artist traditions and style****(Electric Blues)****Electric blues is an eclectic genre that embraces just about every kind of blues that can be played on an amplified instrument. Its principal component is that of the electric guitar, but its amplified aspect can extend to the bass (usually a solid body Fender type model, but sometimes merely an old "slappin''' acoustic with a pickup attached), harmonica, and keyboard instruments. Stylistically, the form is a wide-open field, accessible to just about every permutation possible— embracing the old, the new, and sometimes the futuristic. Some forms of it copy the older styles of urban blues (primarily the Chicago, Texas, and Louisiana variants), usually in a small-combo format, while others head into funk and soul territory. Yet electric blues is elastic enough to include artists who pay homage to those vintage styles of playing while simultaneously recasting them in contemporary fashion. It is lastly a genre that provides a convenient umbrella for original artists of late 1940s and early 1950s derivation that seemingly resist neat classifications****(Boogie-Woogie Blues)****Boogie-woogie refers to a particular style of jazz/blues piano, typically played at a rapid tempo, in which the left hand maintains a repeated rhythmic and melodic pattern in the bass and the right hand handles improvised variations in the treble. Arising most likely in the Midwest around the beginning of the 20th century, it spread widely in blues circles during the 1920s, gaining its name for posterity with the 1928 recording "Pinetop's Boogie-Woogie," by Clarence "Pine Top" Smith. Through the 1930s and 1940s, elements of boogie-woogie, particularly its repetitive blues bass lines, became integral components of big-band jazz, and would in later years form an important foundation of jump blues and early rock 'n' roll...........(Persoanlly I like them all).....The blues? Why, the blues are a part of me. They're like a chant. The blues are like spirituals, almost sacred. When we sing blues, we're singing out our hearts, we're singing out our feelings. Maybe we're hurt and just can't answer back, then we sing or maybe even hum the blues.... And I like to add my own style to my renditons...and sometimes I'll change some of the lyrics..do what I call a little Adlibbin...I have a very Raspy voice and most the time even I dont know what notes will be coming out next when I sing.....//////////////////////////////////////////////////////////////////////////////////////////////

>>>> ( B.B. King's Biography) His reign as King of the Blues has been as long as that of any monarch on earth. Yet B.B. King continues to wear his crown well. At age 76, he is still light on his feet, singing and playing the blues with relentless passion. Time has no apparent effect on B.B., other than to make him more popular, more cherished, more relevant than ever. Don't look for him in some kind of semi-retirement; look for him out on the road, playing for people..After serving in in WWII, Riley B. King became a disc jockey in Memphis, where he was dubbed "The Beale Street Blues Boy." That nickname was shortened to "B. B.," and the guitarist cut his first record in 1949. He spent the next decades recording and touring, playing over 300 shows a year. King has worked with artists from rock, pop, and country backgrounds. He won his 14th Grammy Award in 2006...He was Born on September 16, 1925, in Itta Bene, Mississippi. A singer and guitarist born into a sharecropping family, B. B. King became one of the best-known blues performers, an important consolidator of blues styles, and a primary model for rock guitarists. Following his service in the U.S. Army, he began his career as a disc jockey in Memphis, Tennessee, where he was dubbed "The Beale Street Blues Boy." That nickname was soon shortened to "B. B."...King made his first recording in 1949, and the next year began a 12-year-long association with Kent/RPM/Modern, for which he recorded a string of rhythm and blues hits. He also toured the nightclub circuit continuously, averaging over 300 shows annually for over 30 years. His style of music earning him the title of "King of the Blues." In 1962 he signed with ABC Records, which released Live at the Regal, a benchmark blues concert album. In 1969 he released his biggest hit single, "The Thrill is Gone." The first bluesman to tour the Soviet Union in 1979, by this time he had also become the first bluesman to enter the pop mainstream, making regular appearances in Las Vegas, Nevada, and on network television. King also found commericial success with the many collaborations he's made over the years with artists such as Eric Clapton, Elton John, Sheryl Crow, Van Morrison, Bonnie Raitt, to name just a few. In 1987 he was inducted into the Rock 'n' Roll Hall of Fame...Still performing into his 80s, King won his fourteenth Grammy Award in 2006, and that year embarked on a sell-out international tour. That same year, he received the Presidential Medal of Freedom. In 2008 the B.B. King Museum and Delta Interpretive Center opened in Indianola. The museum is dedicated to King's music, the music which influenced him, and the history of the delta area....If your interested is listening to some of my own Blues Renditons & some from friends Click on Play List at the top of my profile page..there you will find some Play List titles I have created to get you to songs of intrests a little easier..I hope you enjoy your visit : ) 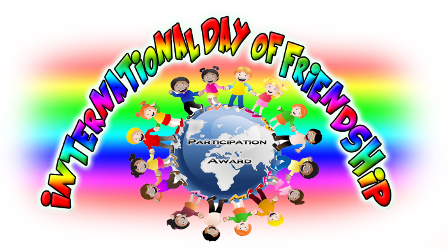