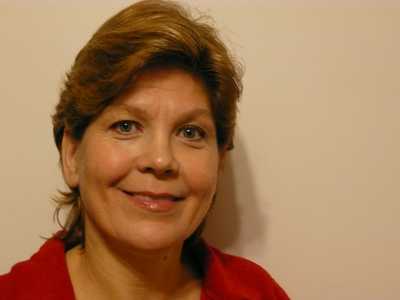 Bawbra_Candelabra's real name is Jill ... Jill is 61 years old, is located in Manitoba / Canada and has been a SingSnap member since October 19, 2011. She has a total of 21 public recordings that have been viewed 525 times and 11 achievement points.

Welcome, fellow Snappers, to my profile page! A little about me (okay, a LOT about me, LOL!):

My favourite pets have been dogs (RIP Pepper, Ziggy, Poppy & Schultzie) and crested geckos (Ajax, Apollo, Andromeda, Achilles & Aphrodite). My 17-yr. old daughter turned me on to these critters after our schnauzer (Pepper, a beloved family member) passed away in the Autumn of 2011.

If anyone is interested in getting together for some shared activities, (aside from SingSnap) my interests include: Singing & Karaoke, Laughing, Distance Walking & Hiking, The Mountains, Social Dancing, Movies (love the "escape" that the whole theatre experience offers), Dining Out, Cooking Together, Babysitting/Children, People-Watching, Glo-Bowling, Comedy Clubs, playing Cribbage, Travel/Sightseeing, Snorkeling, visiting Zoos, Museums & Galleries, Theme Parks, Concerts, Musical Theatre, The Symphony, The Ballet, The Lake/Outdoors, Bonfire Gatherings/Sing-Alongs, attending Baseball Games, The Internet, solving Word Puzzles, Shoveling Snow, Dinosaurs, modern-day Reptiles/Lizards/Snakes, and public Flash Mobs of the song-and-dance variety (never had the opportunity to participate, but love the concept!)

Aside from singing, my interests reflect that I love to be entertained, and I think I came to the right place!

I have enjoyed singing since the age of two (my mom once told me that I was singing by imitation or "copying" other singers I'd heard) before I even knew how to put a sentence together. I have many fond memories of singing with my "dear old dad" on family car trips. My mom would often join in. At other times, she would get us going with her rendition of "I Know An Old Lady" or "Found A Peanut" ... You get the picture ... Once I started, they couldn't shut me up!

I can even recall one time when I was four and my "Nanny" (my mother's mom) took me along with her to the beauty parlor where she would be getting her hair done. Nanny told her lady friends that little Jilly was a singer, so Jeannie (the salon owner) asked me to sing something. I lifted the bonnet-style hairdryer under which I was sitting, stood up on the seat and proceeded to sing "You Are My Sunshine". I never forgot the applause nor the fact that Jeannie and her customers rewarded me, a few minutes later, with a vanilla soft ice-cream cone that was decorated with multi-coloured candy sprinkles. It was spectacular!

Aside from Sunday school, by the time I was about seven, I discovered harmony and pop music after seeing the Osmond Brothers on the Andy Williams Show. They had a young boy in their family (Donny) who was my age and, man, could he sing! Their harmonies were so beautiful, they obviously loved what they were doing and made it look so effortless, so naturally, I had to try it, too. I would soon discover The Jackson Five, who also had a boy my age (Michael), who could sing like nobody's business and dance like he invented movement! I would further enjoy my exploration of harmony when my parents exposed me to the music of the Mills Brothers, the Everly Brothers, the Beatles and the Beach Boys. By 1966 I was a confirmed music lover and, through the years, grew to appreciate many different genres of music. Yes, the times, they were a-changin', to quote Mr. Dylan. I feel so fortunate to have lived through those times and all those wonderful genres.

I was first bitten by the travel bug at age 11 when my maternal grandparents took me on a train trip to Calgary and Banff, Alberta, to visit my cousins. You see, my "Gee-Gee" had been a carpenter with the Canadian National Railway. I was one lucky kid!

During my youth, I played the violin in my junior high school String Orchestra (oops, I think they call it "middle school" now) and, a few years later, found myself dabbling in classical guitar.

I continued my education in Winnipeg and graduated from Kildonan-East High School in 1977. I had been a somewhat serious student (the high price of straight A's, I suppose) during the years I attended KE. I often fondly reflect on the many friendships and extra-curricular activities I enjoyed once my homework was done. I considered my high school years to be "the best days of my life" in the company of so many talented, hard-working and fun-loving characters with whom I journeyed through everything from our production of the musical "South Pacific" to our concerts as the "Kildonan-East Kast Singers" to Jack Boroditsky's biology class (my personal favourite!) to Tuesday night band practices (followed by a visit to our neighborhood Shakey's Pizza Parlor) to Prom Night (on Kurtis Roy's arm) and even our school trip to London, England, in the Spring of 1978 (after I had already graduated). The memories are sure to last a lifetime!

After high school, I spent five years working as a Clerk at the gas company (a public utility), where I made many friends (both inside and outside of work) and remember a lot of good times.

I graduated from Success/Angus Business College in 1984, where I developed the skills that would open doors for me in Manitoba's Civil Service (following temporary assignments as a Legal Secretary and then as a Flight Attendant with a couple of major Canadian airlines). I remained at Manitoba Public Insurance for a little over 12 years.

As an adult, I became an instant karaoke enthusiast, thanks to my sister Lainie, who (in 1992) suggested I try out my pipes at a Chinese restaurant/lounge in our neighborhood (The Beijing Garden). The rest, as they say, is history. Even today, no matter what the style of music, if it makes me want to get up and dance or sing along with it (melody or harmony), I love it!

In January of 1995, God blessed me with a beautiful, happy baby girl whom I named "Jasmine". Jazzy, as she prefers to be called, has been a joyous and wonderful addition to my life, my reason for being, not to mention a constant source of laughs. It killed me to have to leave her at Gramma's while I went off to work. Mom quickly earned my eternal gratitude for her selfless guidance and sacrifice.

Following my graduation as a Pharmacy Technician from Robertson College in 2001, I spent the next few years working in the pharmaceutical industry, earning the trust and respect of many patients seeking relief.

I have been home caring for children at various times and looking after my daughter and my dad for the past five years since my mother's illness and recent demise.

As her 17th birthday approaches, Jazzy continues to instill pride in me, growing more beautiful, talented and well-rounded with each passing day. At this point in time, she aspires to pursue an education in the biomedical field.

When we are able, Jazzy and I enjoy travelling and sightseeing together, some of our favourite destinations being DisneyWorld/Florida, Colorado, Hawaii, Alberta and British Columbia. We would love to visit Italy and Greece some day. I love the mountains while she leans slightly towards the beach (and scares the crap out of me when she goes whitewater rafting)!

As Christmas approaches, I look forward to my favourite ballet (Tchaikovsky's "The Nutcracker") and attending my daughter's, niece's and nephew's holiday recitals. I still consider my favourite sound in the world to be the sound of children singing. As for me, I still love to sing (and listen to others sing) at every available opportunity.

And YOU, my friends and fellow Snappers, are the icing on the cake, or (in my case) the candy sprinkles on my ice-cream cone! It's always a wonderful treat to hear you and to hear from you!