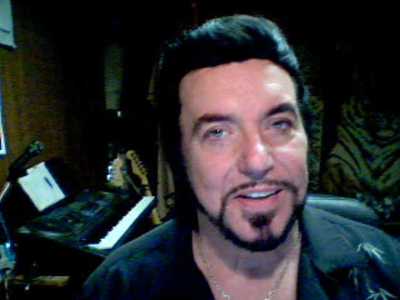 AronBott's real name is Robert Aron Bott. Robert Aron is 60 years old, is located in New York / USA and has been a SingSnap member since August 13, 2007. He has a total of 79 public recordings that have been viewed 34,218 times and 21 achievement points.

My real name is Robert Aron Bott also known as Aron Preston, was performing professionally Elvis Shows in the white jumpsuit years before Elvis died, I am guitar player who can play all of Scotty Moore's parts. Originally from Rochester N.Y., he performed in Palm Springs Calif. to Canada. He been in various bands in Rochester, and in Buffalo he recently formed a band called the Blue Suedes. He used to play at the Pewer Mug , West Senceca, NY for over 5 years. I came in 3rd in amoung the Elvis's in the World Tribute Artists Contest 2003 (held in Fort Erie Canada), and placed 2nd place in the Reflections of Elvis Contest 2004, and first place in 2006 (held in Blasdell NY) . He came in 7 place in the 2006 Collingwood Elvisfest. I opened in 2009 for Phil Stacey (from american idol in 2007) .Aron can sound like other artists as well, like Buddy Holly, Ricky Nelson, Gene Pitney, Tom Jones, Dean Martin, Johnny Ray and many others. I do have 4 cd's for sale $10 each plus S&H. i'm also on www.MySpace.com/AronBott . I also draw protraits 11x14 from photos, check slide show. You can contact me at AronBott@yahoo.com .
I also am revealing the other side of me, The Electronic Engineer, Computor software writer, and Inventor . i will showing some of my inventions.