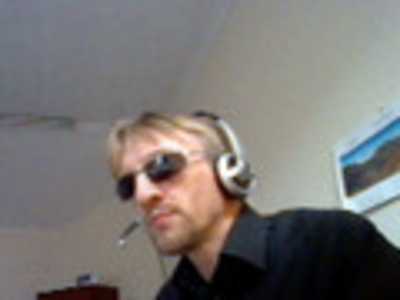 al-from-hull's real name is Alan Haysom. Alan is 55 years old, is located in United Kingdom and has been a SingSnap member since February 4, 2007. He has a total of 5 public recordings that have been viewed 853 times and 48 achievement points.

The young sapling thrust itself clear of the dense undergrowth which covered the forest floor, the warmth of the sun and the gentle breeze beckoning the newest member of the forest ever upwards, inch by inch it climbed, firm in it’s determination to reach the rich rewards and glory of the canopy above.

The Elders looked down and smiled, they were thrilled at the dawn of this next generation, but also knew that this little bundle of energy and excitement would face many perils along it’s journey, mother nature shows no mercy for the weak and unwary. The Elders were fully aware that if this young sapling was to survive it would need to stay strong, never wilting under the many pressures that would have to be overcome. If this could be achieved then the rewards and respect gained in reaching the canopy could be truly fulfilled.

In it’s early years the young tree grew strong, full of life it knew no bounds and steadily climbed upwards, nothing could hold it back’ it was on a mission ! Months passed and the forest floor now seemed a distant memory, the young tree stood proud, inviting the Elders to admire it’s efforts.

However, The Elders knew that time would be soon approaching for the young tree to face it’s greatest challenge and sure enough within a couple or so years the young tree felt strong and secure enough to bare fruit. The tree did not anticipate the strain on it’s resources to cope with such added responsibility. Life had been so easy beforehand, only needing to care and worry about itself. But this is what the young tree wanted, what the Elders expected, after-all, generations before it had done the same.

The Elders kept a watchful eye, being so wise they knew that this was such a difficult period, the forest is scattered with the dead remains of young trees unprepared and unable to cope with such a heavy burden. However the Elders had faith in our young friend, this tree is made of sterner stuff.

The years passed and the tree flourished, fighting off all that had threatened it’s very existence. Times had indeed been hard, ravaged by the elements, attacked by beasts hungry for it’s bounty. This tree had stood tall, remaining steadfast and resolute, determined to achieve it’s ultimate goal.

Now, standing proud at the top of the canopy with a glistening blue sky overhead and warmth radiating through it’s leaves, the tree stood tall basking in the admiration from it’s peers, the tree had richly deserved the rewards of a lifelong achievement fulfilled.

The tree looked down, smiling at the new shoots emerging from the forest floor, offspring from it’s fruit that would face similar struggles, but this tree knew that these shoots were made from sterner stuff. After-all it thought, they are a part of me and I am the Family Tree………